With issue 14 of 100% Biodegradable due out later this month, it's time to take a peek at some of the strips appearing inside.

First up, Rock Rider by Tomislav Tikulin and Sebastijan Camagajevac.

Both Croatian artists have had considerable success in their field, with Tomislav's artwork having graced the likes of Analog, Asimov's Science Fiction, and Fantasy and Science Fiction Magazine, and Seb having illustrated many books and made it to the finals of the Illustrators Of The Future contest. 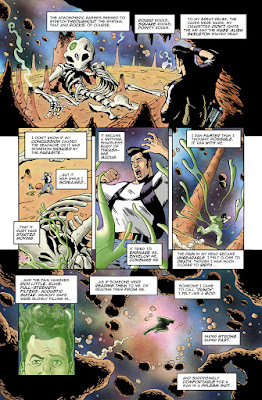 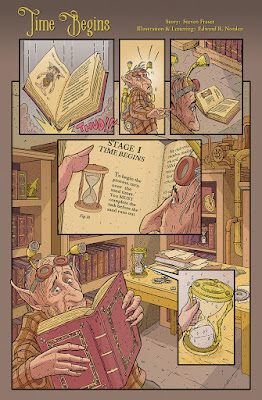 You can find out more about the writer at his website here:  https://stevenfraserart.com
We also have Moths and Demons, by Scott Melrose and Adam Kindred (with letters by Ken Reynolds). 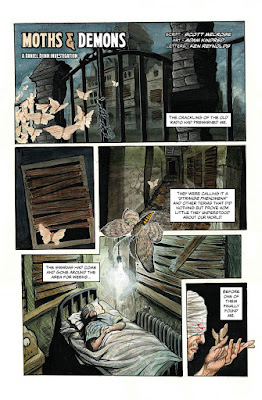 You can see more of Adam's amazing artwork here: http://michaeladamkindred.com

More previews will follow next week!
Posted by David Hailwood at 01:35