Issue 18 of 100% Biodegradable has just been released on Comicsy and Drivethru, alongside a rather lovely front cover by Brett Burbridge. 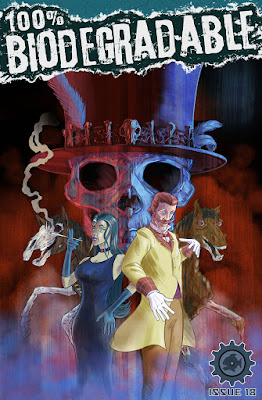 Inside issue 18: Paranormal Investigator 'Daversham Rex' attempts to solve the murder of a recently resurrected femme fatale, a fare dodger accidentally boards a train bound for hell in 'Bad Conduct' by David Hailwood, Mats Engesten and John Robbins, a pregnant woman on the run seeks refuge with a mysterious order of nuns in 'Nuns of Travena' by Jordan Sam Adams, Denis Vermesse and Ken Reynolds, the crew of the Skow 709 make contact with ugly alien life whilst escaping even uglier mercenaries in the fourth part of ‘Skowdogs’ by John Freeman, David Hailwood, Dave Thomson and Ken Reynolds.  All this, and more! 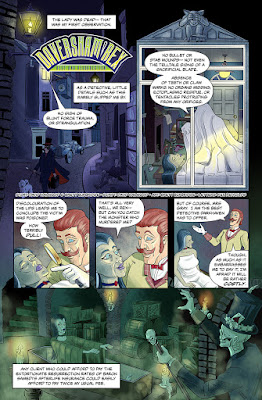 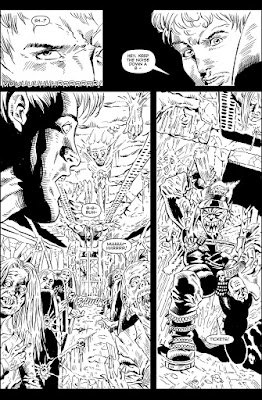 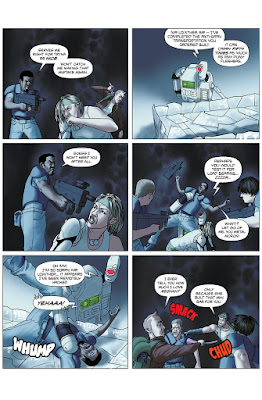 The anthology is 36 pages, colour and b/w, and available at the following links for just 69p:

A ComiXology release will follow at a later date.  In the meantime, you can grab previous issues here:

Right, time to get cracking on the next print collection which will contain many strips from issues 15-18 and hopefully be released before the end of the year.
Posted by David Hailwood at 05:33