With February upon us, I figured it was time to show a few previews of those strips coming up in Issue 3.

To kick things off, here's a preview page from the beautifully atmospheric Diver Down by Mark Bertolini and Carl Yonder (colours by Michael Littlefield Bielaski and letters by Jeff McClelland). 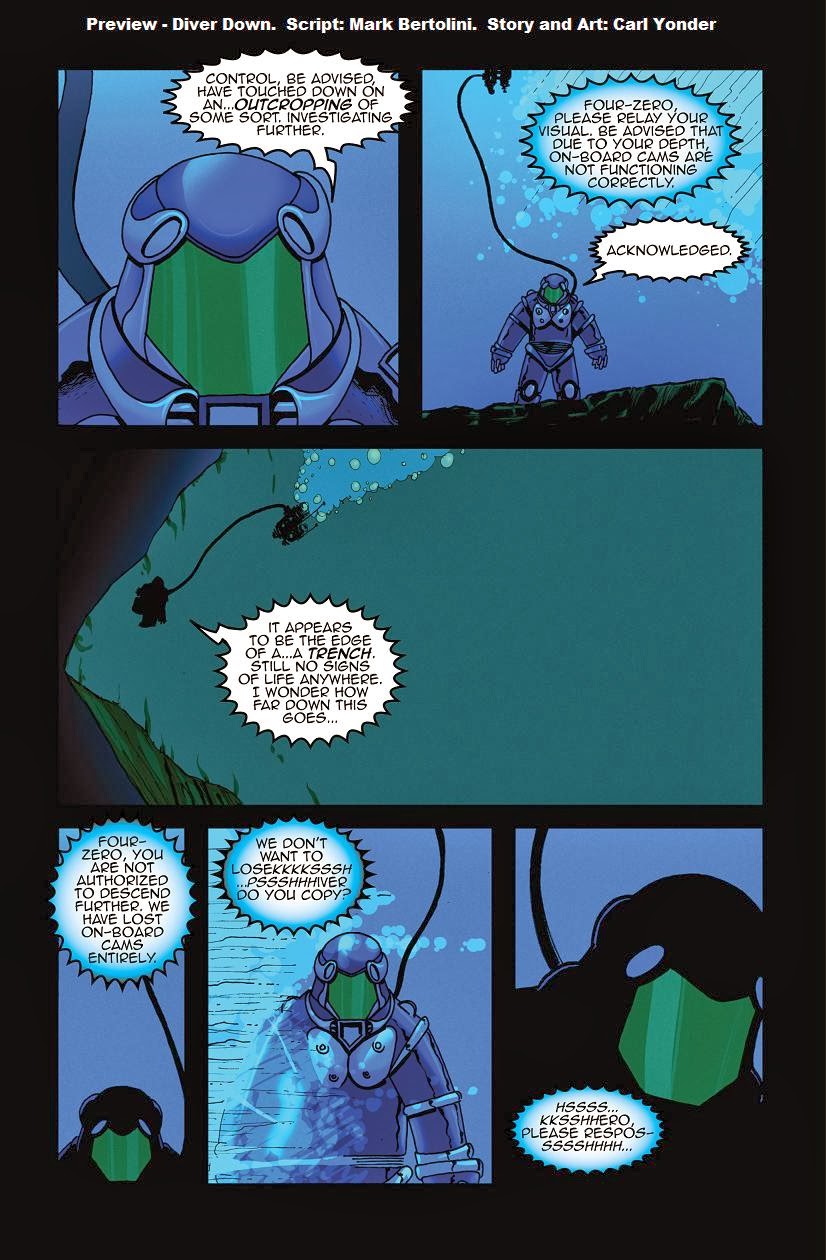 A bit more about the creative team:

"Mark Bertolini is a Toronto-based writer who braves the many months of winter by hunkering down and writing comics books. His notable works include the post-apocalyptic OGN “Long Gone” from UK Publisher AAM Markosia, his supervillain deconstruction “Breakneck” from 215 Ink, and the grindhouse mashup “Scum of the Earth” from Action Lab Danger Zone. He enjoys pro wrestling, music, and beards."

You can learn more about Mark's work at:  http://markbertolini.wordpress.com/

"Growing up a military brat, Carl Yonder and his family traveled around the country and eventually the world. With all of the relocating, his parents and his artwork were the two biggest constants in his life. Over the years, his initial love of art developed into a passion, which he continues to pursue primarily through sequential art and painting.

Currently illustrating the comic Pirate Eye – a hardboiled take on the high seas – written by Josiah Grahn (published quarterly through Action Lab Comics), Carl also has several other comic stories in various stages of development. All of these projects allow him the opportunity to experiment with his art and continue to travel."


You can see more of Carl's artwork at: http://www.carlyonder.com/

Issue 3 of 100% Biodegradable is due out mid-March.

Issues 1 and 2 are available at the following places:
http://comics.drivethrustuff.com/browse.php?manufacturers_id=6130
http://www.comicsy.co.uk/biomekazoik/