The Last Of The Navel Navigators is out now!

Once upon a time, there was a mad-eyed tea drinking Englishman who wrote down some crazy, feverish scribblings involving a young hillbilly with a magic bellybutton, who travels the universe with his goat, Brian. 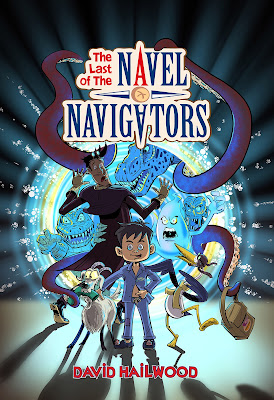 Those very same scribblings were awarded a distinction at the university of Chichester, as part of a creative writing MA, which goes to show that even distinguished lecturers love a stinky old goat (and wizards. Let's not forget the overweight wizard whose beard is infested with pixies!)

Anyway, that same aforementioned mad-eyed tea drinking Englishman (with a rather dashing beard - no pixies in this one!) has finally managed to wrangle all the scribblings together into the form of a children's book, which goes by the title: 'The Last Of The Navel Navigators'. It is now available to buy (in print, and digital) on Amazon, Kindle, Kobo, iBooks, Nook and a few other places. You can even read a short sample taken from the first two chapters on some of those sites.

"Discovered in a swamp and raised by hillbillies, Jellybean 'Gator Bait' Skratcher soon learns he has the astounding ability to open portals to other worlds, using his bellybutton.


He sets out on an epic adventure across a hostile universe, led by a scatterbrained stork who's made it his mission in life to deliver Jellybean to the right parents, or die trying.

But when your best friend's a goat, and your greatest hope for survival relies solely upon a talentless magician who can only do card tricks, nothing is likely to go as planned!" So, dust off your pyjamas, grab yourself a goat, and get poking that bellybutton! It's time to embark upon the ultimate hillbilly bellybutton odyssey! 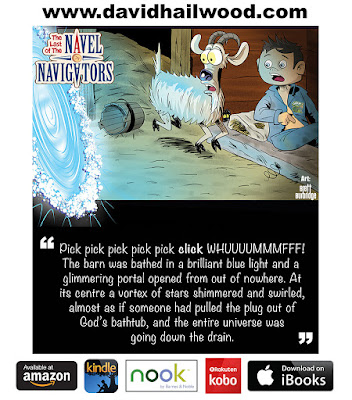