Well, slap me with a ten tonne trout and call me Kenneth!  We've only gone and reached our 20th issue.  Champiooooon!!! 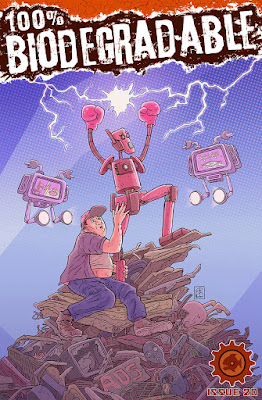 To celebrate that particular milestone, issue 20 is an absolute whopper; 48 pages, at the same low price of 69p/$0.99.  And it's jam-packed with more than 20 creators, and lashings of wonderful carnage!

And who better to kick off the carnage-fest than Alan ruddy Grant himself, alongside Alan ruddy Burrows, with their legendary 'Funguys'.  Watch them gatecrash the Last Supper, with sobering consequences! (based on a true story, no doubt) 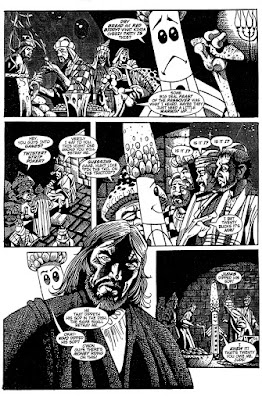 Also inside issue 20: A lowly cleaner deals with major abandonment issues after everyone in the entire world leaves for a different time line, in 'Time Waits' by David Hailwood, Gary O' Donnell, Anne-Marie-Webb and Ken Reynolds. 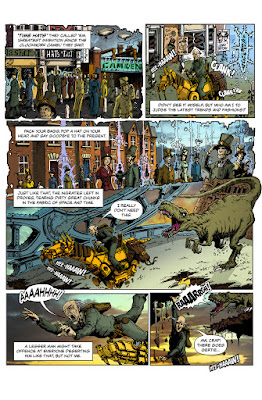 An alcoholic orc and his overweight companion attempt to tap into the unexplored market of Beer Beards in 'Rubbernorc: Vital Delivery' by Paul Eldridge, Brett Burbridge and Ken Reynolds. 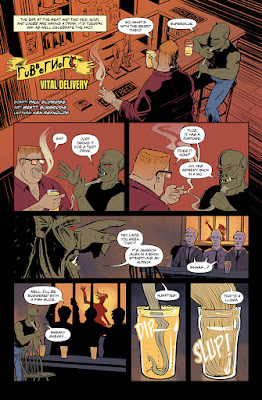 A caveman discovers the future's not all it's cracked up to be in 'Wrong Time, Wrong Place' by Chris Sides, Rory Donald and Ken Reynolds. 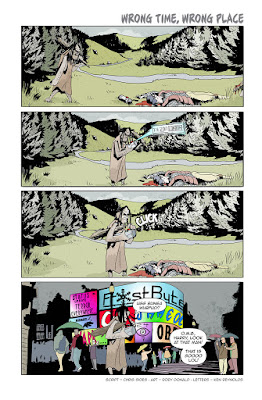 Steampunk scientists attempt to cook up a popular new alternative to the Pseudo Lab Rat in 'Pet Peeve' by Ken Reynolds and Jordi Perez Estevez.

Up against a deadly alien peril, the crew of the Skow unleash the full might of their secret Scottish weapon in 'Skowdogs' by John Freeman, David Hailwood, Dave Thomson and Ken Reynolds. 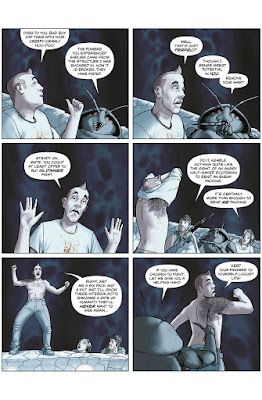 On a vastly overpopulated earth, two government agents attempt to keep the population in check and rack up a hefty kill bonus in 'Supply and Demand' by David Hailwood and Tony Suleri.

An android underdog bites off more than he can chew in 'Rumblebot Rampage' by Tim West and Edward R. Norden. 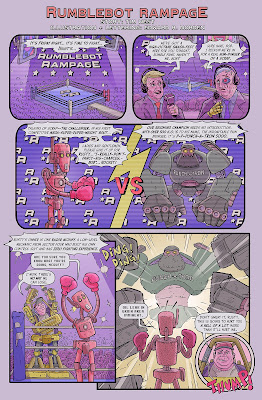 A security operative on the late shift begins to suspect strange things are afoot in 'Elevator' by Tomek Kontny and Mikolaj Ratka. 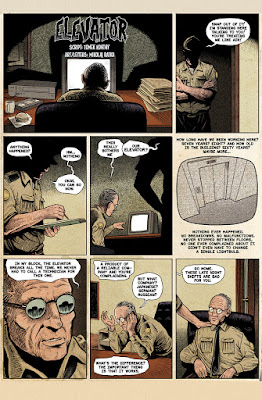 A nervous rabbit fears the universe is out to get him in 'Tense' by Pablo Iten and Ktaiwanita.

The digital anthology is 48 pages, colour and B/W, and suitable for readers aged 15+ (due to a hint of blood and gore)

You can buy it at the following places (with ComiXology soon to follow):

"A "must read" for all lovers of sci-fi and fantasy comics." - Haydn Hades, AP2HYC

"The kind of smart script and stylish art that would feel right at home in the pages of the galaxys greatest comic!" Alex Thomas, Pipedream Comics

"Good old fashioned sci-fi escapism, and the art of Tony Suleri is worth the entrance fee alone" Andy Oliver, Broken Frontier
Posted by David Hailwood at 00:35