Issue 9 of 100% Biodegradable is now available to buy on Comicsy and Drivethru! 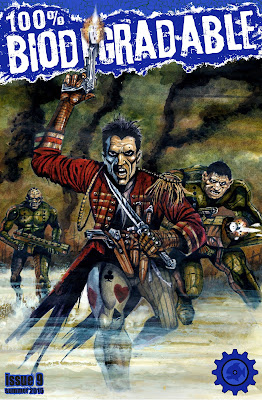 Inside the issue: a patient seeks psychiatric counselling when his dreams of distant planets begin to physically affect him, zombies cause bedlam at the local zoo, a man of medicine in ancient Egypt begins to raise heretical questions about his profession, an overly dedicated postman crosses a post apocalyptic wasteland in an attempt to make a first class delivery, a psychologically disturbed individual begins to lose his grip on reality after dying over a hundred times in his sleep, one lone soul crosses the treacherous plains of Yomi, and Travis Wilson attempts to drown his sorrows at a Martian casino in the third instalment of Death Duty (all other strips are self contained). 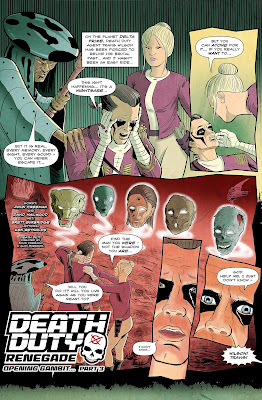 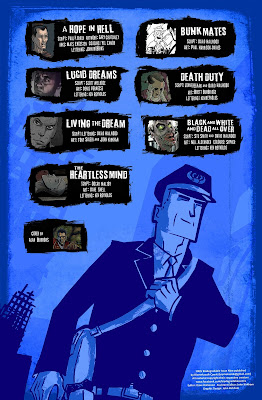 So, if you happen to have 69p/$0.99 spare, please head to Comicsy or Drivethru and grab yourself a copy.  ComiXology release will happen at a later date, as it's only just been submitted.

Also keep your eyes peeled for an extra special Drivethru bundle, containing the first three issues of 100% Biodegradable and a nice selection of indie comics from three other Biodegradable creators (more news on this soon!).

Before I sign off, I'd just like to say huge thanks to John Kirkham for all the support he's given me and the comic in his tenure as Assistant Editor.  He's stepping down from the role to take a well earned break, and Ken Reynolds will take up the position from Issue 10 onwards.  Cheers, John!  Thanks for giving Biodegradable a rather professional sheen with your superb graphic design skills - you'll be missed.  And welcome aboard, Ken.  Let's see where this crazy world of comics takes us next, eh?
Posted by David Hailwood at 09:01 No comments:

If you have any poo, now's the time to fling it!


For those who like comics involving a whole host of swashbuckling supernatural simian shenanigans, sink your teeth into the brand new Shit Flingers anthology! 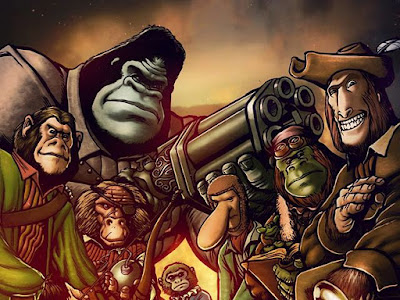 There are several 100% Biodegradable creators involved in the Kickstarter project, including Jimmy Furlong and Andrew Hartmann (who dreamed up the idea), Dave Hailwood, Tony Suleri, Ken Reynolds, Chris Sides and a whole host of talented comic artists and writers.

So, if you have a few quid to spare (you can get a print copy for just £6, or pdf for £5 which also includes issues 1-8 of 100% Biodegradable thrown in!), check out the Kickstarter link and please give it some support!
Posted by David Hailwood at 05:01 No comments: