Issue 16 of the 36 page quarterly sci-fi anthology 100% Biodegradable has just launched on Comicsy and Drivethru (with a ComiXology release to follow at a later date). 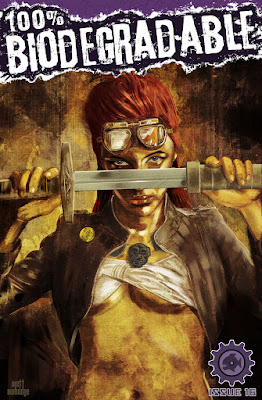 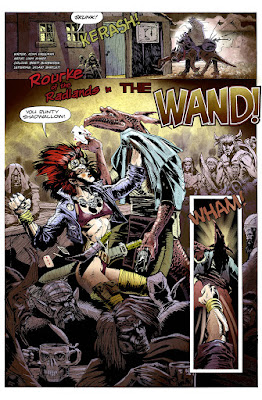 This won't be the last we see of Rourke, either.  Bill Storie and Brett Burbridge are currently hard at work illustrating a brand new Rourke strip (scripted by John Freeman and David Hailwood) for issue 17. 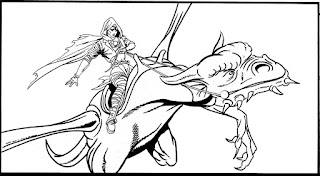 Also inside issue 16...A Mars base gets infected by a deadly alien parasite in Paul Bradford (Octal, Hallowscream) and Luciano Fleitas' (H-alt, The Chronicles Of Terror) haunting sci-fi tale 'The Ides Of Mars'. 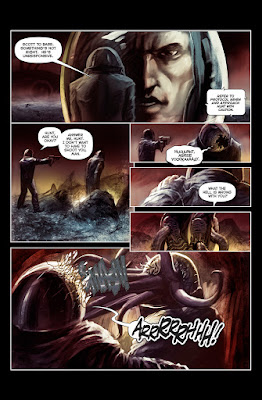 Luciano's artwork is pretty damned gorgeous, and if you fancy drooling over more of it, check out his deviant art page.

The crew of the Skow 709 run a gauntlet of ancient alien deathtraps in the second part of 'Skowdogs' - a brand new 8 part series by John Freeman (Judge Dredd Megazine, Crucible) and Dave Thomson (The Psychedelic Journal of Time Travel, Dr WTF?). 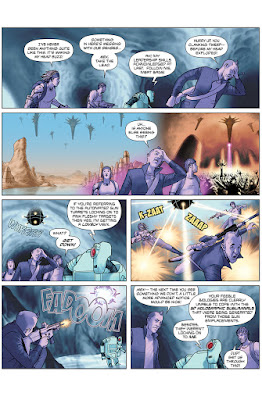 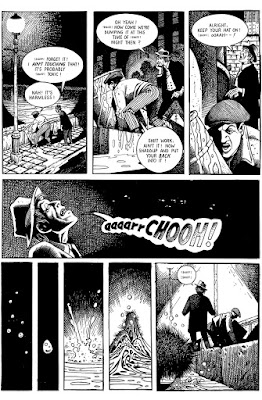 And finally, in an attempt to tackle spiralling crime rates, the police force unleash a bizarre  group of mutants and super freaks to dispense their own unique brand of criminal justice...The Odd Squad by David Hailwood and Tony Suleri. 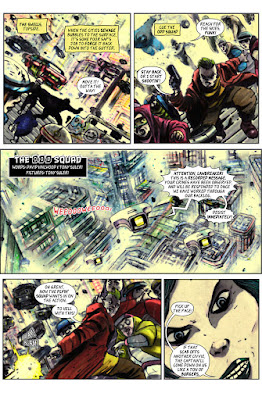 Grab the latest issue on Comicsy here or Drivethru here for just 69p/$0.99!
Posted by David Hailwood at 03:30 No comments: 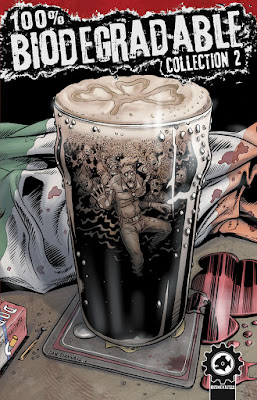 For those still chasing the spirit of St. Patrick's Day, 100% Biodegradable 8 is free for the weekend on Drivethru, and the second print collection (containing Chris Sides and Dan Cornwell's brilliant St. Patrick's Day zombie strip 'The Last Batch') has been reduced in price to just $7 (less than £6 for 110 pages of carnage!)
Grab yourself a bargain!