Scripted by Paul H. Birch and illustrated by Mats Engesten comes a rather marveous space adventure...The Martian Affair (with colours by Gavin Ross and lettering by J.Robbins).  Keep an eye out for it in the next issue of 100% Biodegradable, due out on the 17th May 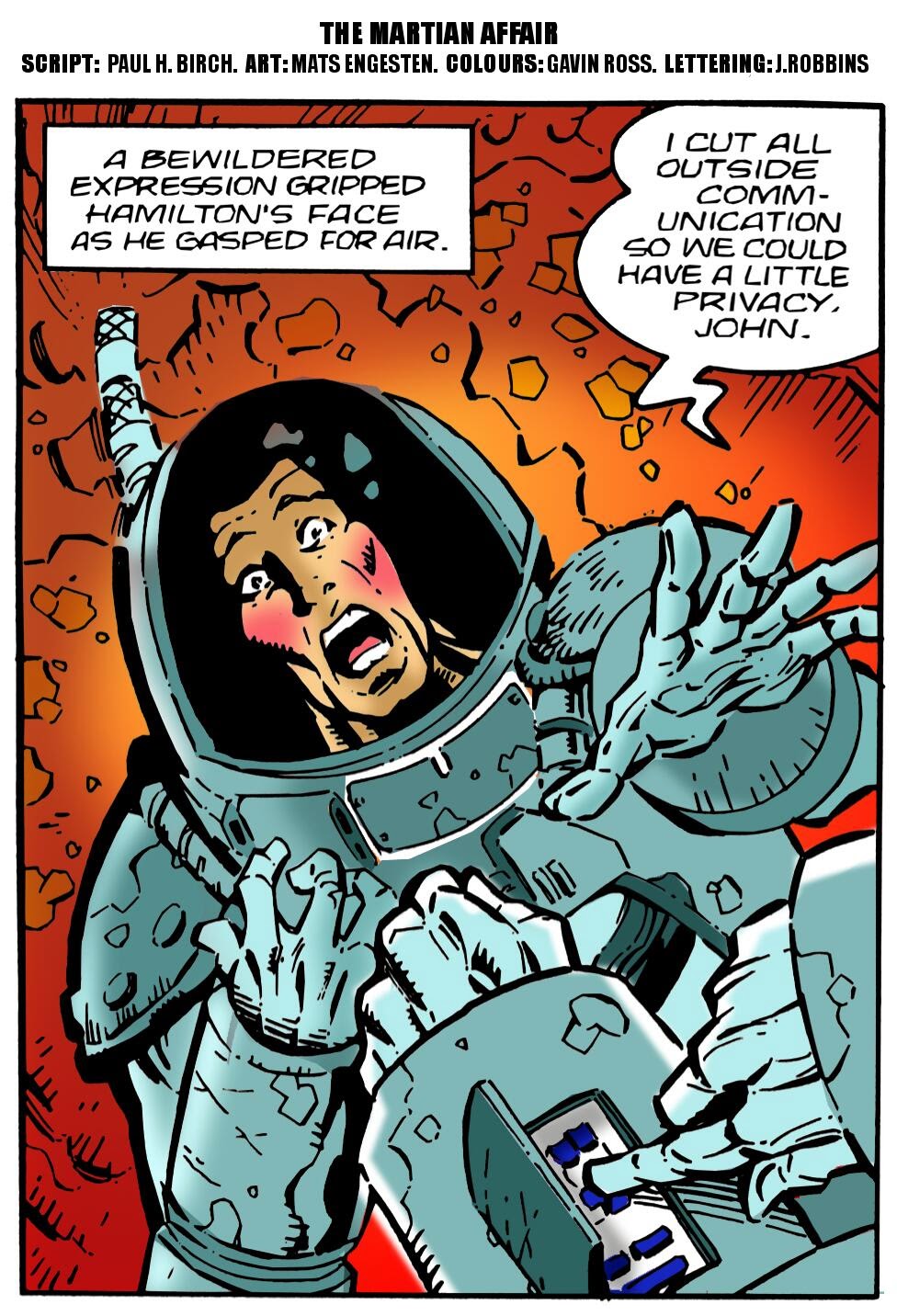 A bit more about the creators:
Mats Engesten is a Swedish artist with more than fifteen years of experience in comics, illustration and advertising.

He studied art at the NTI School in Stockholm, sequential art and cartooning at The Cartoonist School in Hofors, Sweden as well as many years of life-drawing classes. He's worked with a variety of clients such as the LO Union, various rockbands and american comics publishers like Brainstorm Comics and Atlantis Studios.
His website can be found here.

Paul H. Birch is a comics journalist and writer, who regularly maintains Birmingham’s Speech Balloons column.  He has written for various professional and indie comics over the years, including Egmont’s Toxic, Creepy Kofy Movie Time and Bulletproof.