Death Duty is out now! 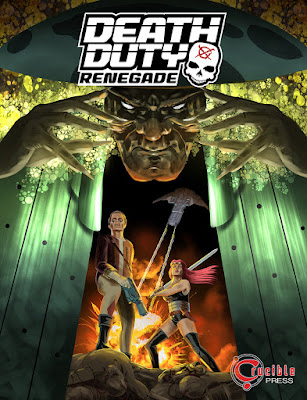 In a war-torn future, crime and disloyalty to the Terran Empire are punished with conscription into mercenary law enforcement squads: soldiers consigned to do or die in order to prove their commitment to the common good.

Those who serve out a full year are entitled to a bonus and financial rewards for their work – and even the opportunity of early amnesty.

Of course, very few survive what is known as DEATH DUTY: the average life expectancy for a recruit is four months…in some cases, much less!

Dissidents in the Terran Empire are put on the infamous List – tracked down by Death Duty squads and terminated for their rebellion with extreme prejudice.

Described by some as ruthless assassins working with the worst of intentions, Dutymen - and women - see themselves as simply being paid to kill to keep the Empire safe. For most of them, exactly who they kill doesn’t matter – until one of their number, Travis Wilson, begins to question the missions they’re assigned and goes AWOL...a wanted man. 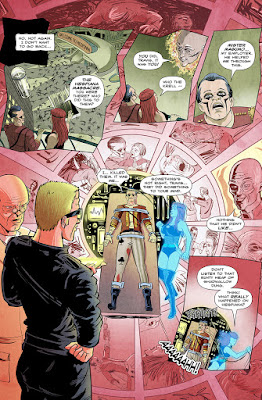 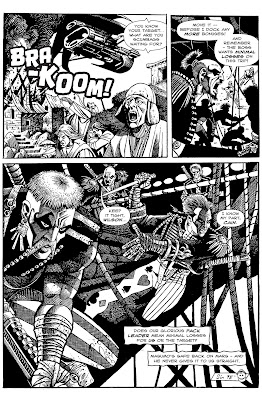 Edited by Dave Hailwood, the Death Duty: Renegade collection is published by Crucible Press, a new comic imprint established by the team behind the comics website downthetubes.net, in partnership with Biomekazoik Press.

WHAT THE CRITICS SAID:

"Death Duty has a real throwback feel to it, like a cross between David Lloyd and vintage Alan Grant.”
- Pipedream Comics
Posted by David Hailwood at 09:25