The penultimate issue of 100% Biodegradable is out NOW! 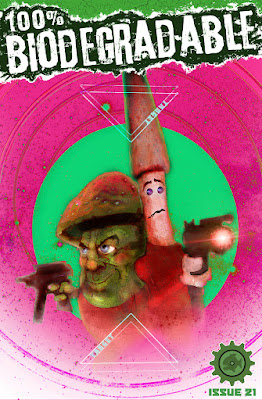 Issue 21 of 100% Biodegradable has finally landed, and it's a big 'un, featuring an extra ten pages of content.

As eagle-eyed readers might be able to deduce from Mo Ali's trippy Funguys cover, we have another explosive 'Funguys' adventure this issue, written by the legendary Ian Edginton (X-Force, 2000ad, Aliens) and illustrated by Alan Burrows (Eagle, Red Dwarf). Ian wrote the strip over 26 years ago (on a typewriter, no less!), and it's a pleasure to be able to bring this self contained 16 pager back into the limelight. 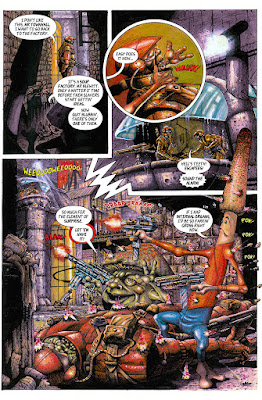 Next up, a young cyborg seeks bloody vengeance for the death of his parents in Mark Bertolini and Gary O’ Donnell’s ‘With A Vengeance’. 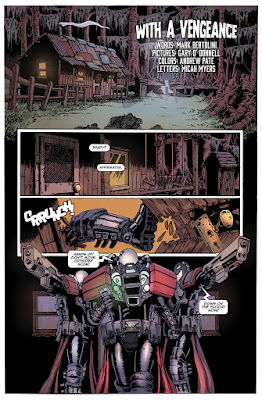 A group of unwary space scavengers find themselves trapped in the midst of a battle between two superior intellects in ‘Catch’ by Mikael Lopez and N G Williams.

You’ll never be able to look at a Jellybaby in quite the same way after reading ‘Squeaky Treats’ by Stu Smith and Tony Suleri. 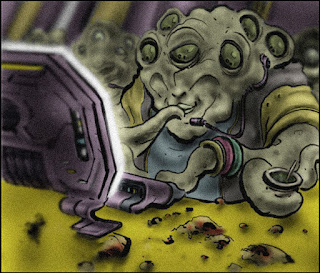 The return of an old adversary spells trouble for the crew of Skow 709 in 'Skowdogs' by John Freeman (Dr Who, Judge Dredd Megazine), David Hailwood, Dave Thomson and Ken Reynolds. 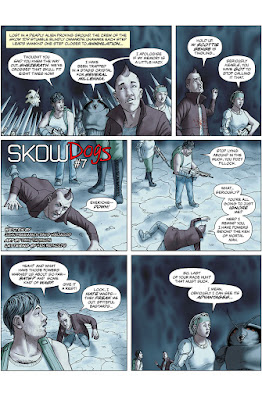 A hapless photographer puts his soul on the line to get the perfect shot in ‘Photo Op’ by Steven Fraser and Edward R. Norden. 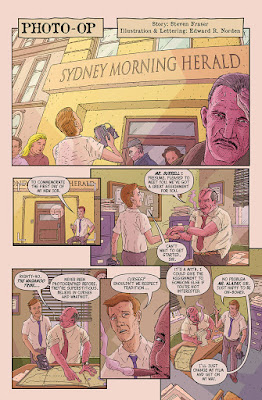 And finally, a gigantic 50 foot tall lizard has a bad day at the supermarket in ‘Supermarket Monster’ by the ever amusing Ben Peter Johnson (Viz, Hallowscream).

A ComiXology release will happen at a later date. Previous issues are available here: https://www.comixology.co.uk/100-Biodegradable/comics-series/17594

If you've yet to read the earlier editions, you can get issues 1-3 completely FREE when you sign up to our comics Newsletter: https://mailchi.mp/90a01deb4768/biopressfreebie

So...that's almost 5 years and 21 issues done...But we're not finished yet! Tune in September for the final apocalyptic edition of 100% Biodegradable. 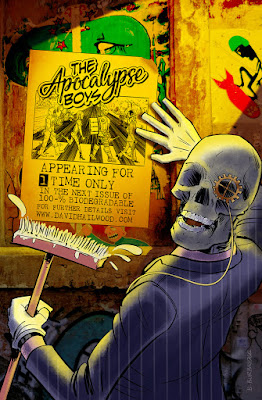