Issue 2 of of the bi-monthly digital comic anthology launched at the weekend, and features strips from a whole wealth of talented creators from across the UK and abroad.

Coming at you in glorious colour, there's the One Eyed Wench from David Hailwood and Dave Thomson. 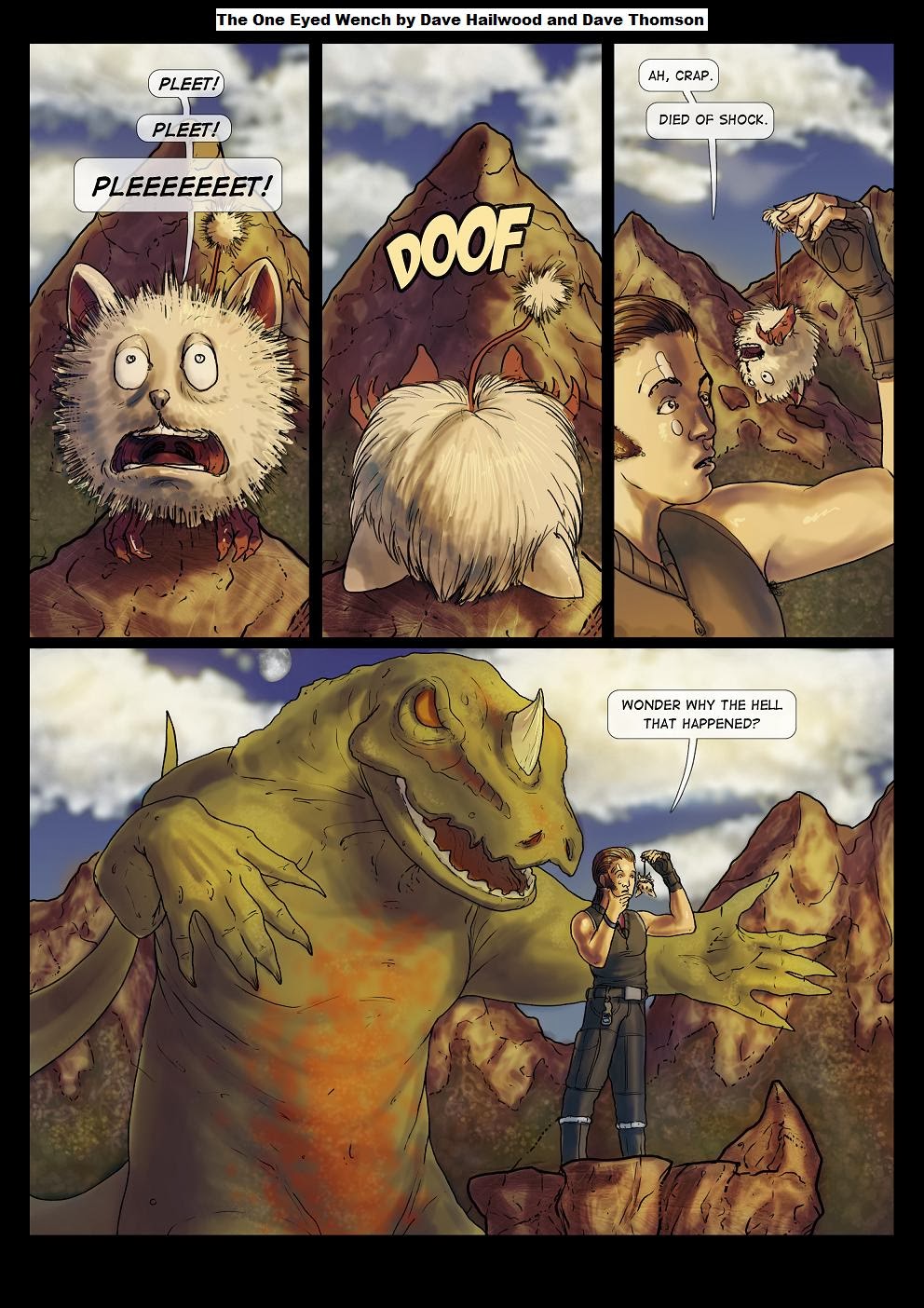 This was actually the first collaboration between the two Dave's, and has only ever appeared before in a special 16 page PDF included as part of the 'Cyborg Pledge' for the SPOD! anthology Kickstarter.  A second 'Wench' strip follows next issue, and a one-shot may one day be on the cards if either Dave can ever find the time. 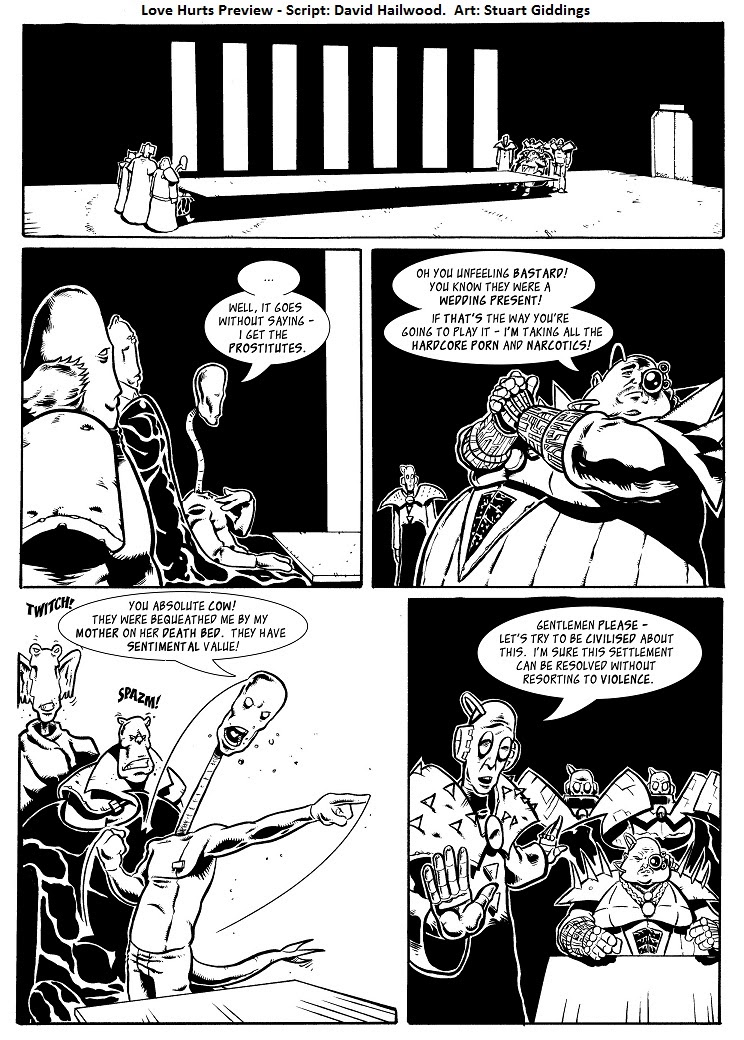 This strip previously appeared in Meanwhile 4 (another fine anthology that's set to make a comeback) back in the late 90's, alongside some mighty fine creators, including Gary Spencer Millidge, Roger Langridge and Graeme Neil Reid (whose fantastic 'First Impressions' strip from that issue will be getting another outing in a future issue of 100% Biodegradable). 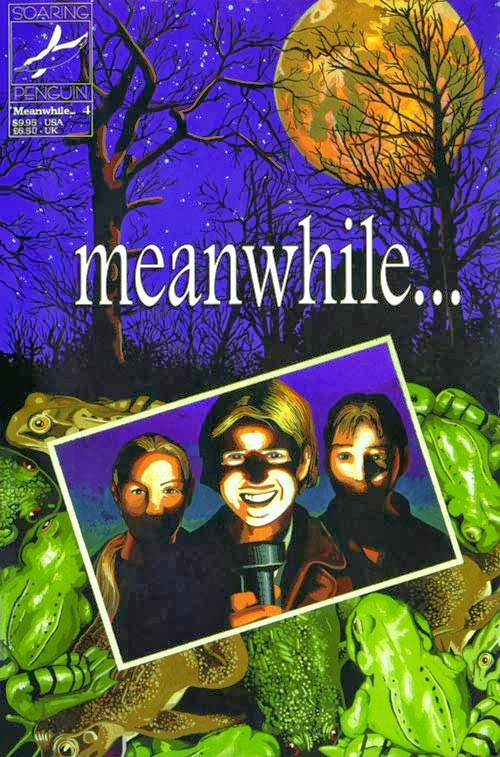 Also inside the comic is another Marren Kane strip by David Hailwood and Tony Suleri (a blog post on the history and process behind Marren Kane will follow soon), and contributions from Paul Harrison-Davies, Simon Mackie, Neil Alexander and Mike Parsons (an amazing Toronto-based cartoonist, whose brilliant biological oddities can be marveled at on his website). 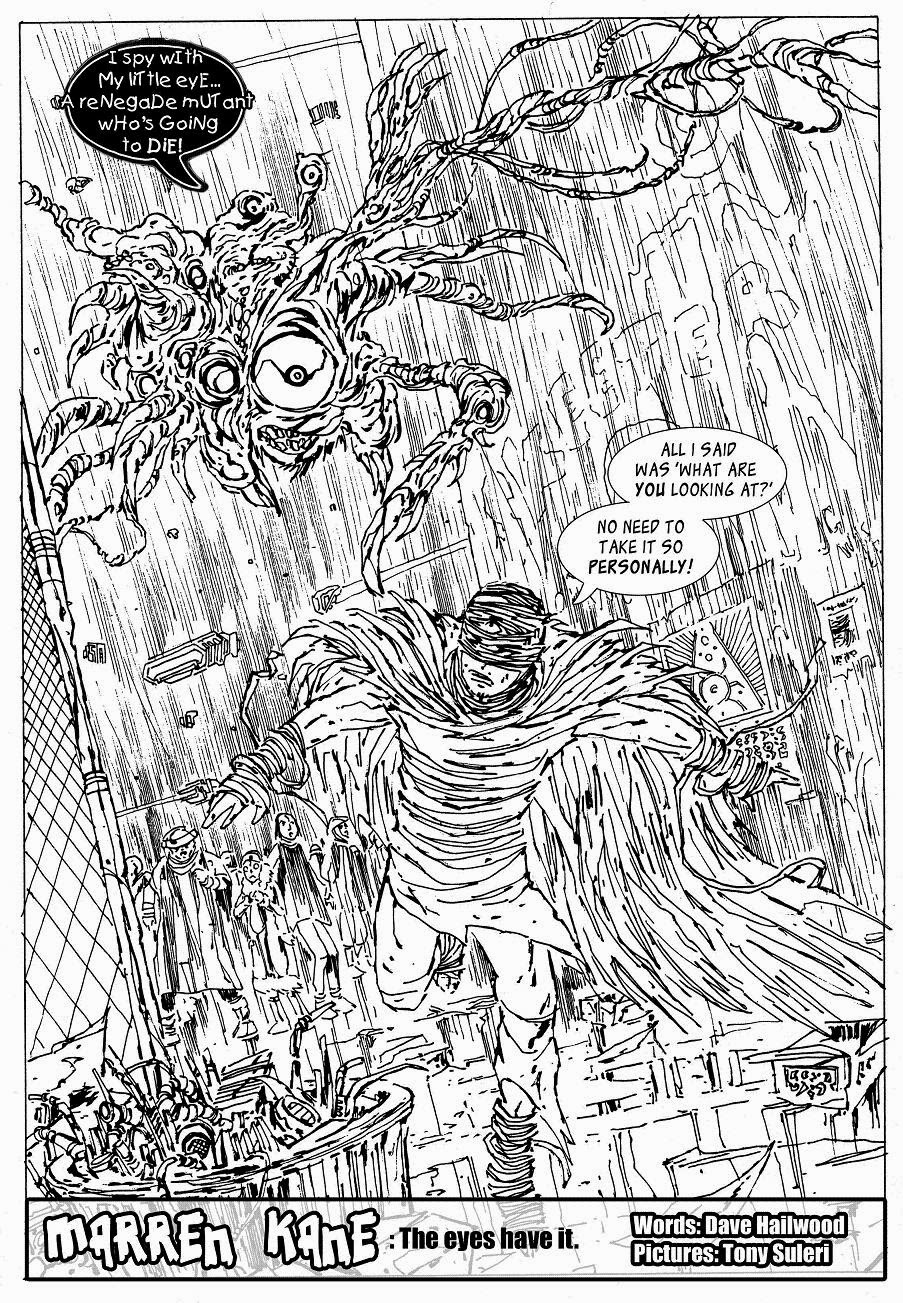 John Freeman recently reviewed Issue 2 on Down The Tubes, stating: 'This second issue – on sale now for just 99 measly cents – maintains the quality, with truly knockout art from Tony Suleri on Marren Kane: The Eyes Have It and wonderfully funny stuff from writer Dave Hailwood and Stu Giddings on Love Hurts.'

So if you find yourself with 69p/$0.99 to spare, please hop along to either Comicsy or Drivethru and grab yourself a copy.  All support is highly appreciated, and will help secure the comics future.

Issue 3 is coming together nicely, and is due out mid-March.  Stay tuned for some previews!
Posted by David Hailwood at 05:18