Before I move on to showing previews of strips coming up in Issue 3 (due out in March), I thought it might be nice to show the process behind the cover design for Issue 2 (by Tony Suleri and John Kirkham).

Tony first split the background and foreground into separate elements, choosing to paint one element at a time. 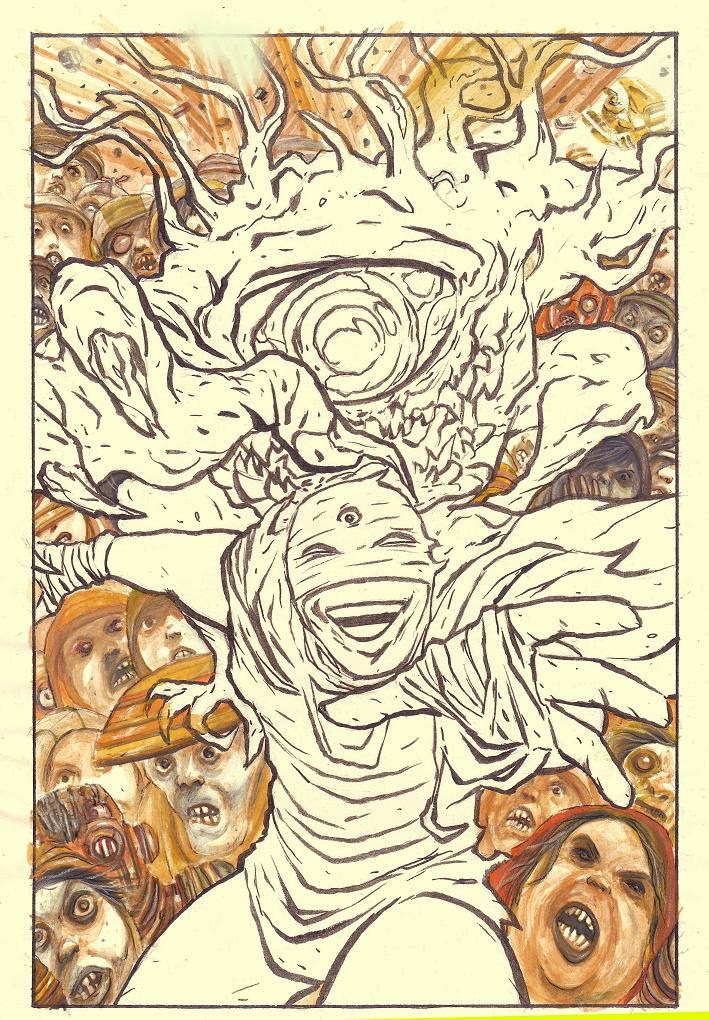 In the image above, background colours have been added. 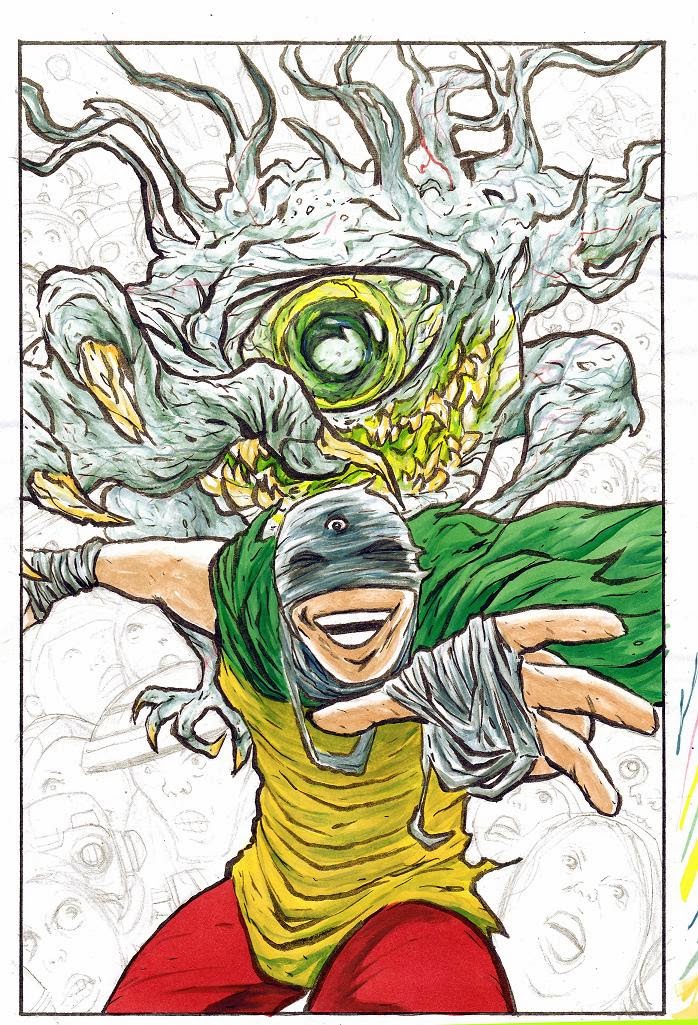 Next, Tony concentrated on the main figures in the foreground. 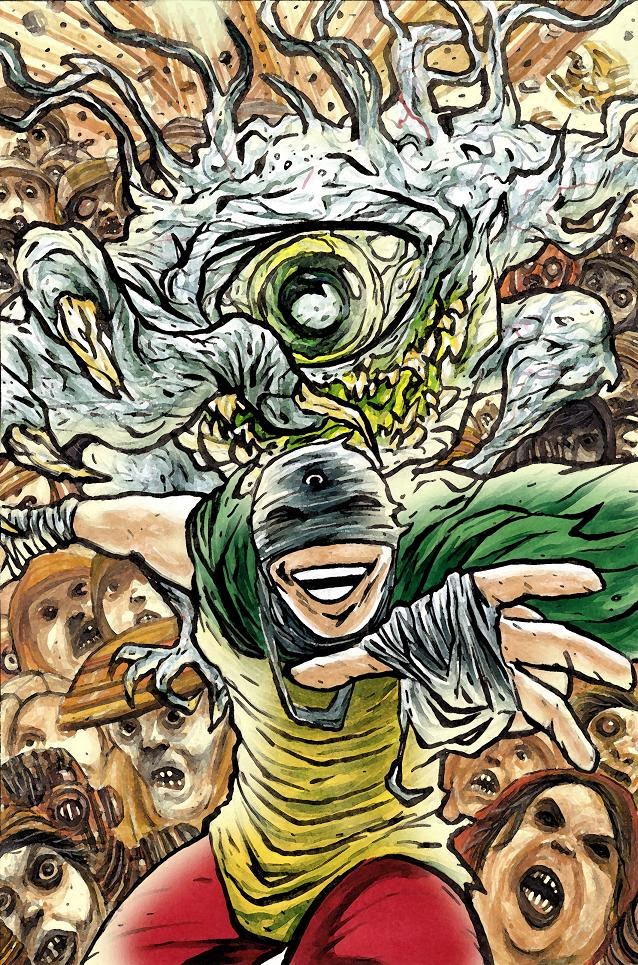 Both images were then composited, and Tony experimented with various filters (in the illustration above, he used a Watercolour filter) 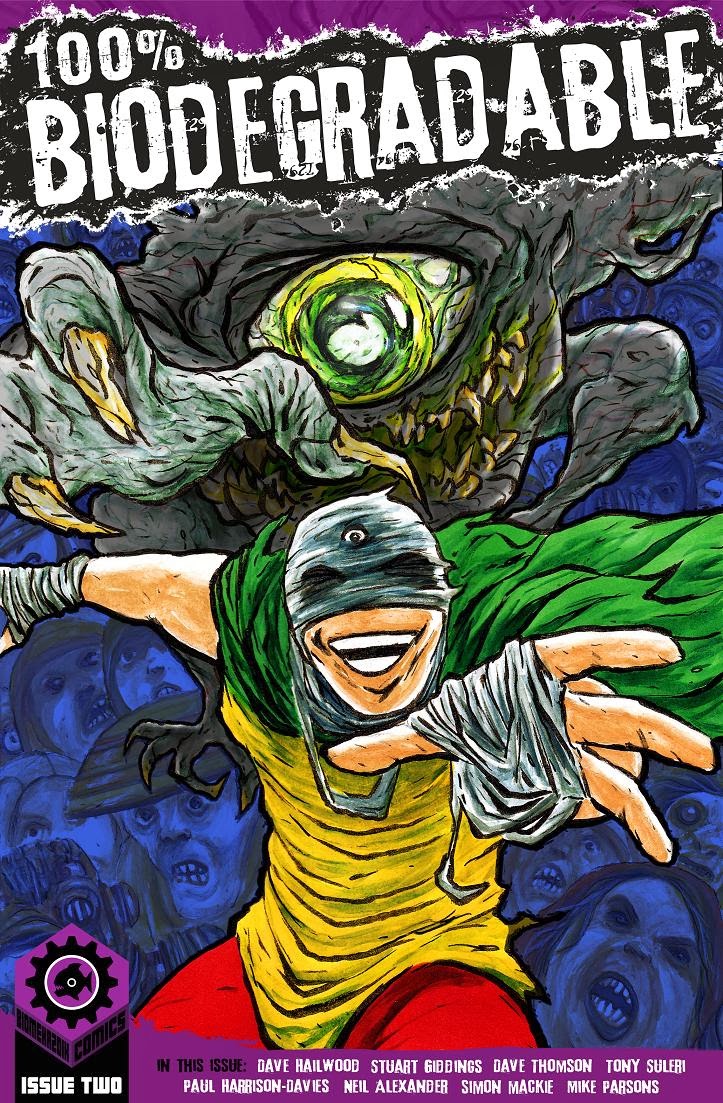 Finally, the cover image was passed on to John Kirkham, who handles the graphic design for 100% Biodegradable as well as Assistant Editor duties.  John altered the colouring, making the background a darker blue so as to accentuate the foreground characters and action, performed various other touch ups and added the logos.

And there you have it...one bloomin' lovely looking cover!

Keep your eyes peeled for Issue 3's cover, which is illustrated by the marvelous Carl Yonder.
Posted by David Hailwood at 05:04