Issue 7 of 100% Biodegradable is now available to buy on Comicsy or Drivethru for a mere 69p! 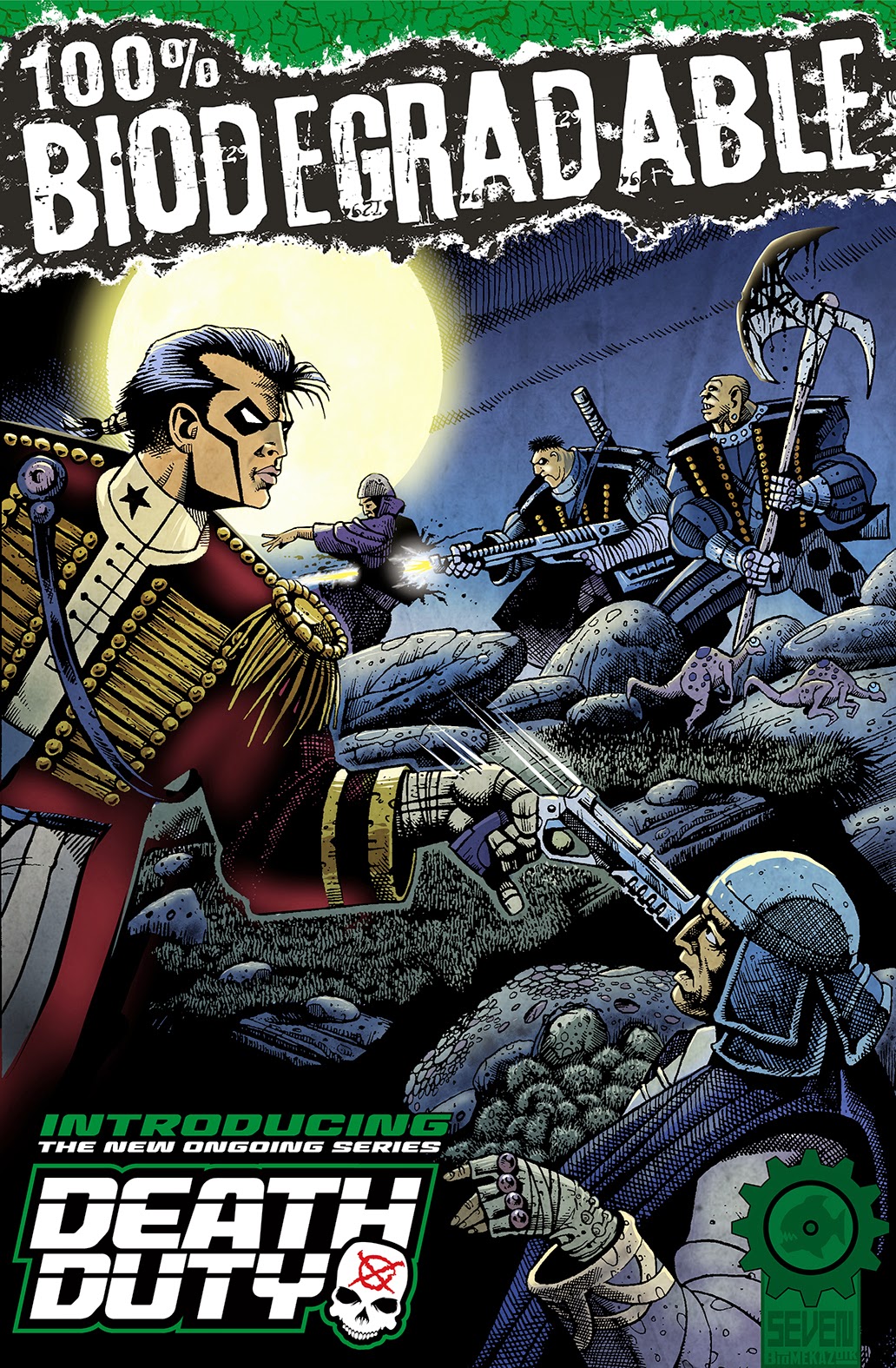 'In a war-torn future, crime and disloyalty to the Terran Empire are punished with conscription into mercenary law enforcement squads: soldiers consigned to do or die in order to prove their commitment to the common good.  The average life expectancy for a recruit is four months, hence the street slang for the job: Death Duty.

Dissidents in the Terran Empire are put on the infamous "List" - tracked down by Death Duty squads and terminated for their rebellion with extreme prejudice.  For most of the Dutymen, exactly who they kill doesn't matter - until one of their number, Travis Wilson, begins to question the missions they're assigned and goes AWOL - a wanted man.'

Death Duty also features the character 'Rourke', created by John Freeman and Liam Sharp (2000ad, X-Men, Batman) for use in the pages of Marvel UK's Strip comic, more than 20 years ago.

Here's some previews of what you'll find inside this 30 page anthology.

First up, some blood drenched blackly comic mayhem from Jimmy Furlong (Something Wicked, Spod! Oddities From Space) and Andrew Hartmann (Futurequake, Seqapunch Quarterly) in the form of Gremian The Machine Elf 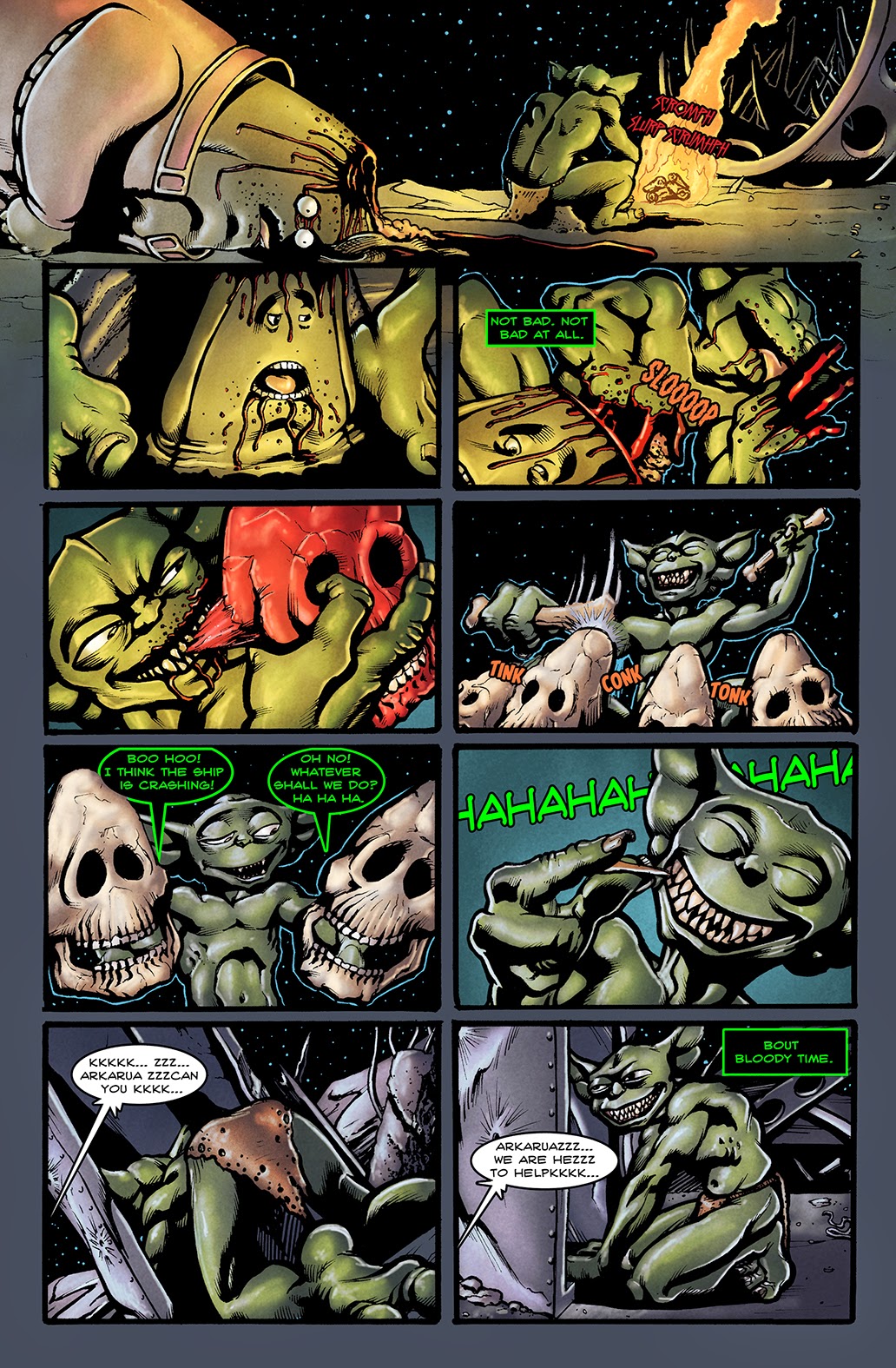 Next, we unravel the misfortunes of one lone space traveller in Happier Times, by Chris Redfern (Futurequake, Zarjaz) and JT Pegg (2000ad, Judge Dredd Megazine). 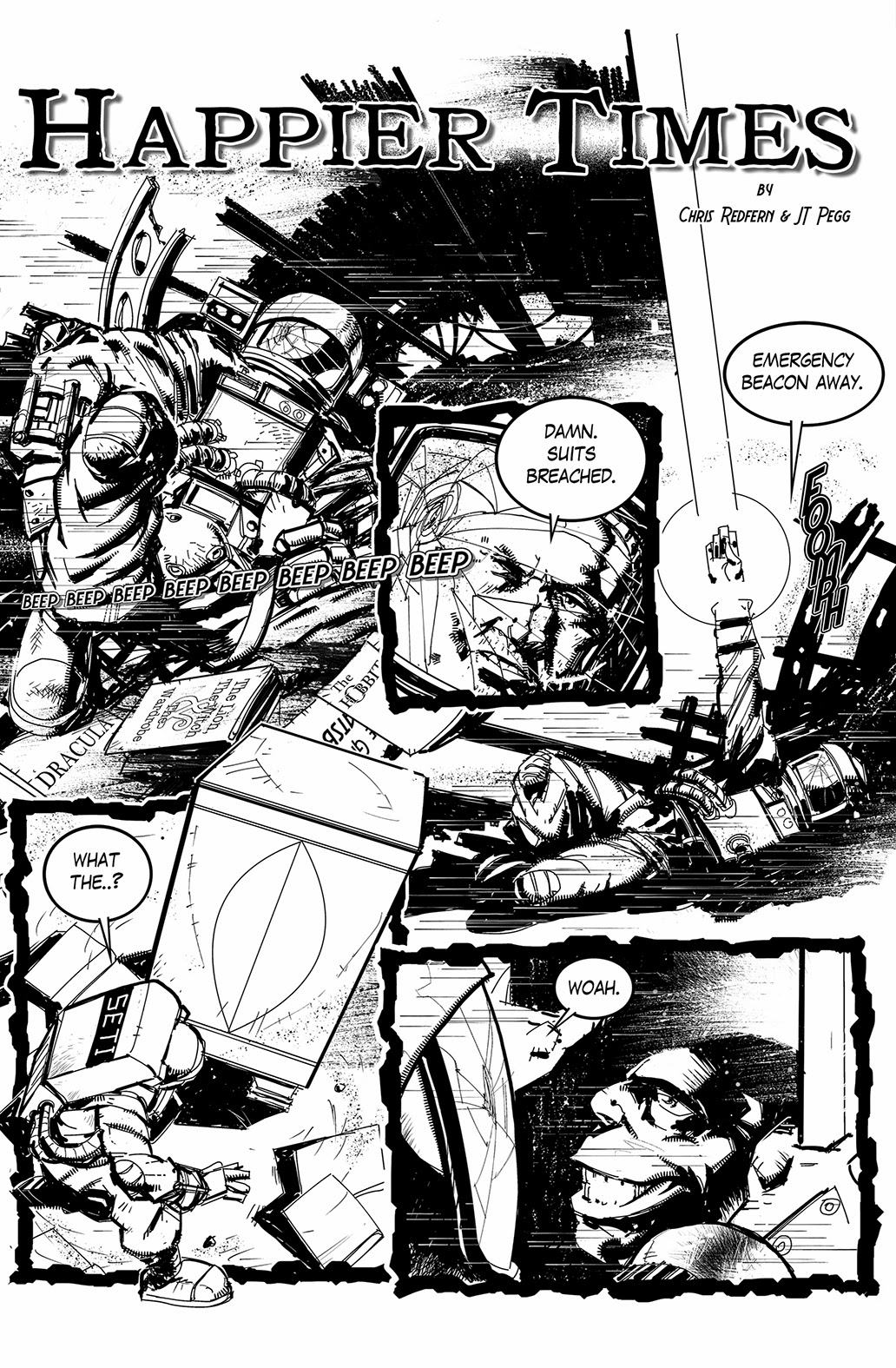 And of course where would life be without a little monkey magic from Tony Suleri, David Hailwood,  and Ken Reynolds with Pubba Gintaro in: A Date With Death! 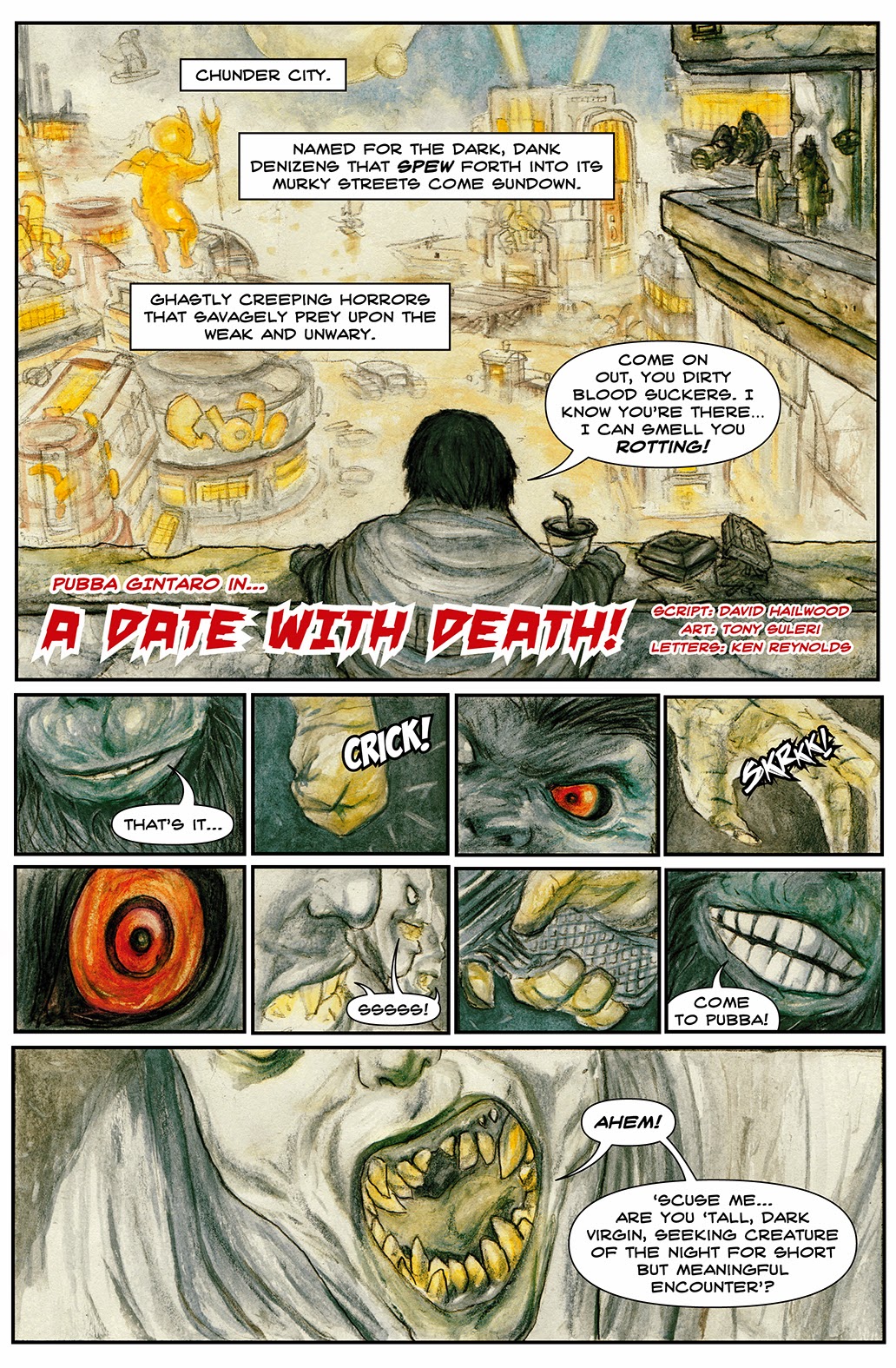 Enough waffle - go forth and check out the comic at the links at the top of the page.  If you're going to buy Biodegradable, I'd advise doing so before January 1st, as there's a new VATMOSS EU law that may cause many digital businesses to fold due to the impossibility to comply (our comic will continue, but some of its outlets may be forced to close or raise prices).