Issue 8 out now on ComiXology! 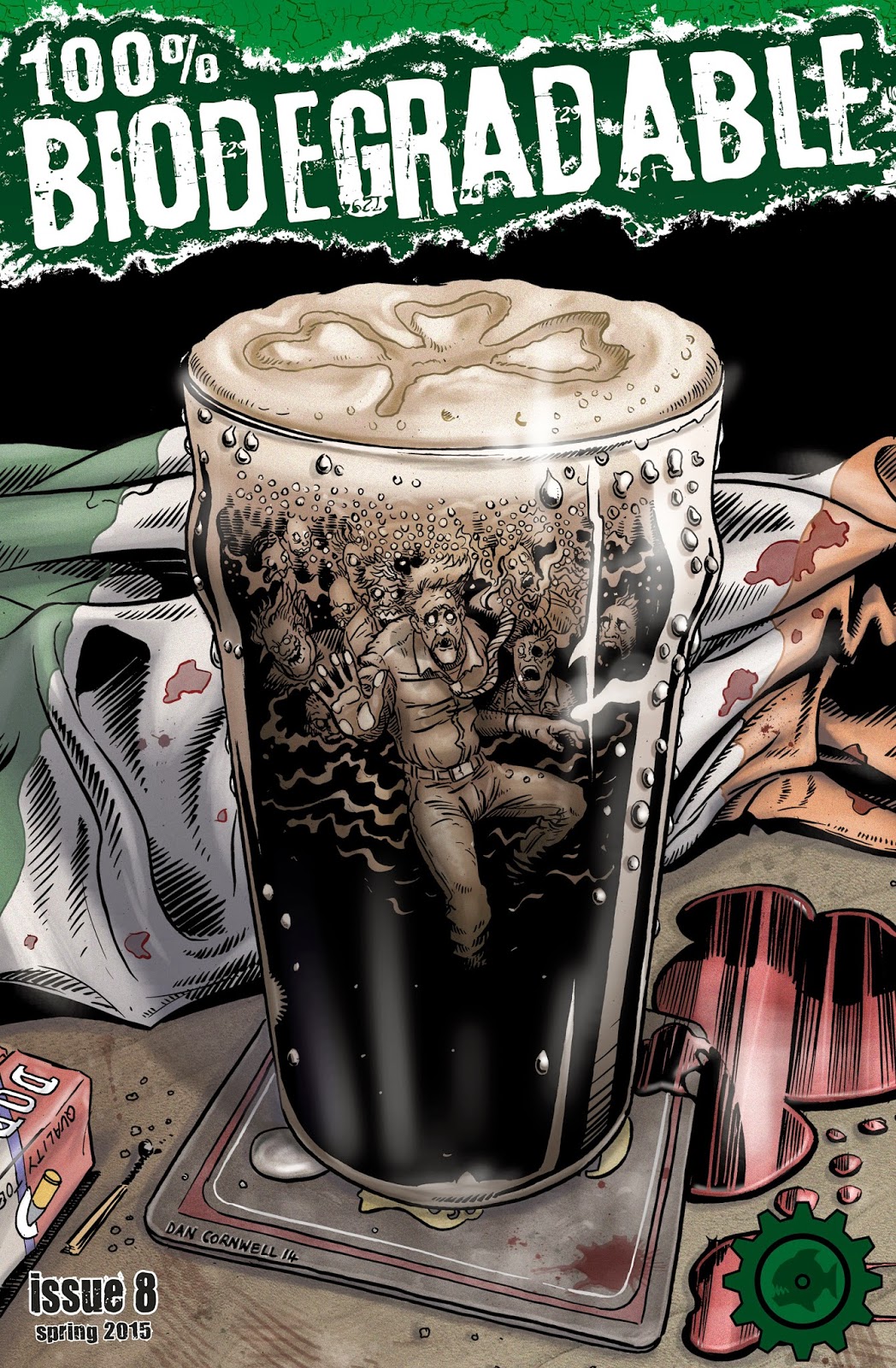 Inside the latest issue of the 30 page digital comic anthology: a bad batch of booze spells undead disaster for St. Patrick's Day revellers, mankind sinks its trigger-happy teeth into intergalactic assassination, the president of earth sells his race down the river, advances in gene-blending reveal a darker side to humanity, and Travis Wilson battles the demons of his mind in the continuation of eight part sci-fi series 'Death Duty'. 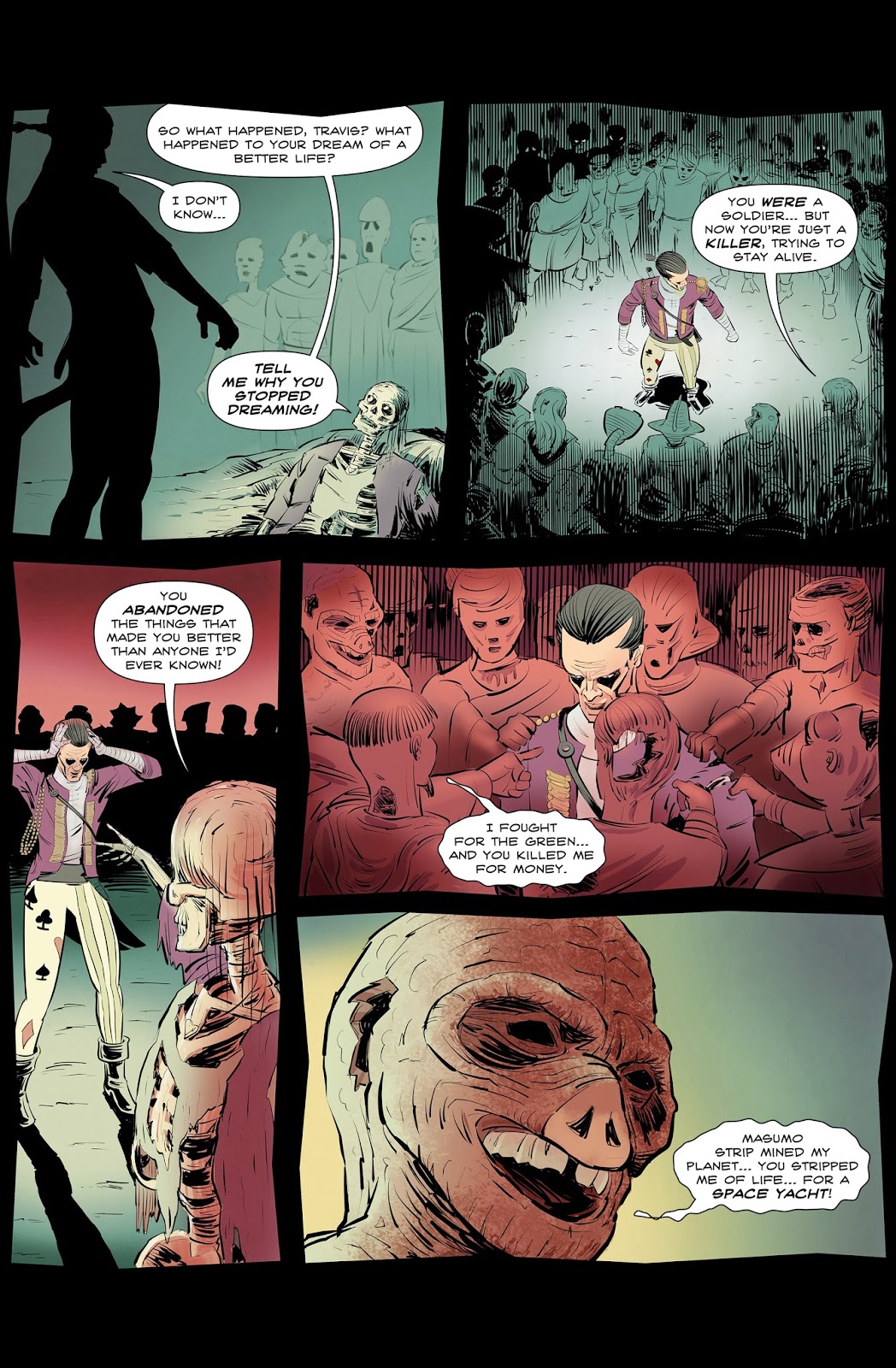 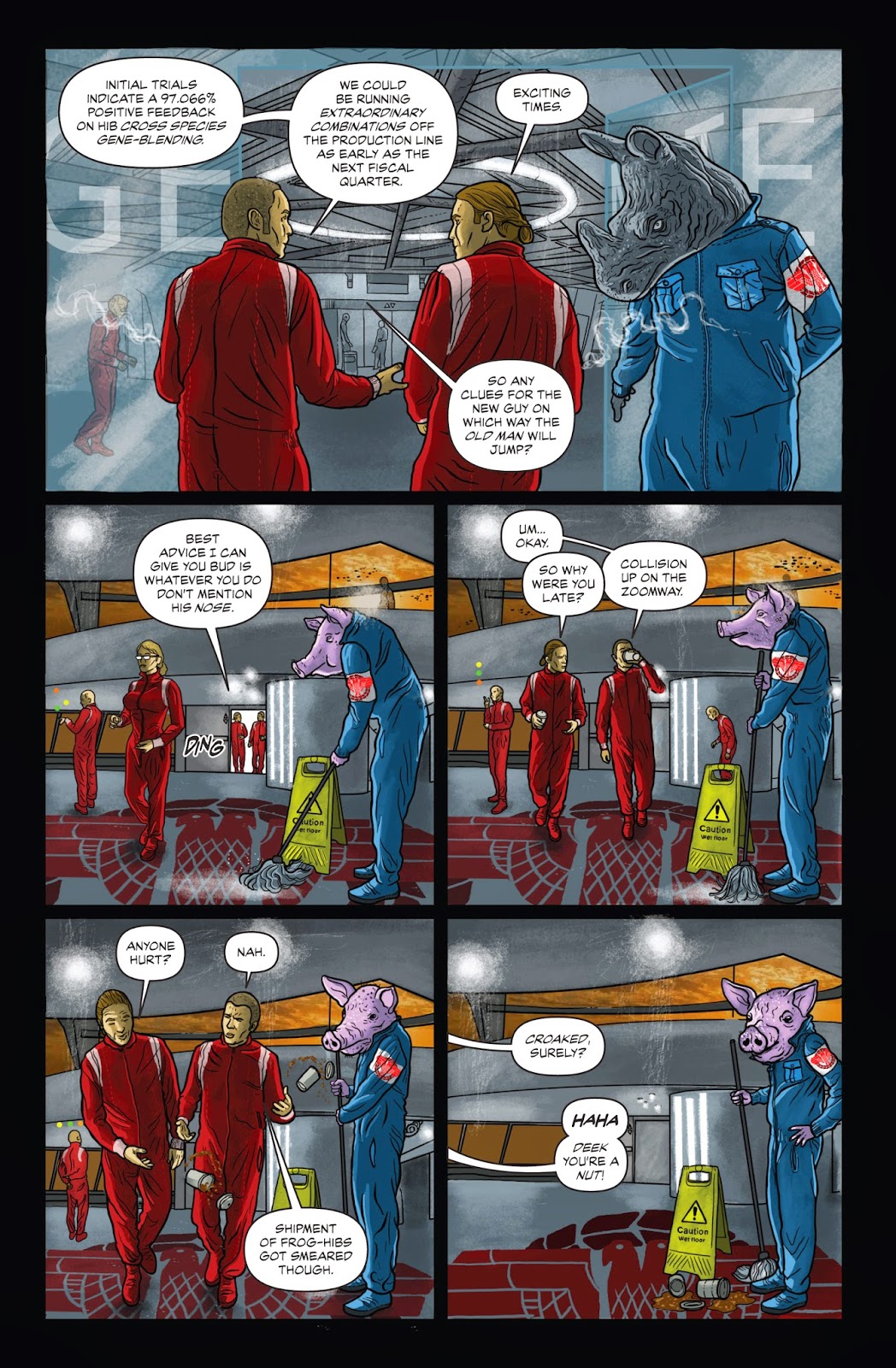